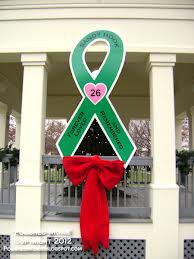 Attention: All Sandy Hook Hoaxers to the Office Please!

On the one year anniversary of the Sandy Hook Elementary School Massacre and one year after the victims were laid to rest, can we also bury these hateful conspiracy theories and hoax accusations that are still being broadcasted as recently as today?

Although I do sympathize with people who buy into these theories because of the over- zealous efforts to maintain privacy, that’s as far as my sympathies go.

We have viewed all the most popular of these YouTube videos and internet articles talking conspiracy with such titles as “Sandy Hoax School”, “Sandy Hook Line and Sinker” and “Unraveled in the 2nd, 3rd, 4th and 5th Dimensions.

Please be advised, we have had enough of this nonsense, already. You are now under detention.

Here are some of the most citied reasons for thinking that what happened on December 14th, 2012, didn’t really happen:

Posts and Reports Before the Attack

1) Face book posts, tweets, etc. predate the tragedy. Time zones and the way these social media sites archive information and update previous articles and posts are the reason why there are these time differences. This is whypeople seemed to be discussing the tragedy “before it happened”, etc.

Adam Lanza’s death certificate reads December 13th. There is a lot of red tape to correct such an error. If this was a carefully designed hoax, this mistake would have never been made.

2) Only 3 injured were rushed to the hospital, the 26 dead were not. This speaks for itself.

Out of sensitivity to the victim’s families and the town, the victims were taken out under the cover of darkness after the crime scene had been processed.

An Emergency Room MD, who was teaching a class to other medical personnel on gunshot wounds, told the class that the ER doesn’t see too many patients with wounds from  .223 hollow point rounds fired from high powered rifles. The reason? The Doctor said that most people never make it to the Hospital with these wounds.

Nothing Happening at the Scene

4) Nothing is happening outside the school during the tragedy. The footage you see is one or more hours AFTER the shooting and authorities blocked the driveway to keep hysterical parents away from the school. 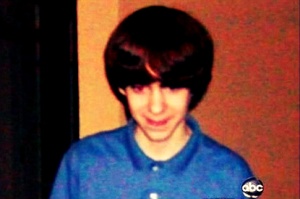 5) Adam Lanza is really Ryan Lanza. Actually, his features are similar maybe because they are brothers.

The Parents Were “Crisis Actors”

6) All the Sandy Hook parents are actors and musicians and are older than most parents of 6 year-olds.

In real reality, some of the 20 parents have acting and musical talent. This has always been true of Newtown and is truer today. Many people living in Newtown work and perform in Manhattan and other, nearby musical and acting venues.

Most of the parents of the victims stayed out of the limelight. Naturally, the parents with acting and performing experience were more comfortable with public speaking and therefore volunteered to be the spokespeople. The more mature parents were willing to came forward and speak to the media.

Memorial Christmas Trees Stored at Firehouse Before the Tragedy

7)  We had a good laugh at this one. The Christmas trees decorated and placed as memorials to the victims were seen on video in a pile behind the firehouse before it was known what had happened. In real reality, many firehouses hold Christmas tree sales as a fund-raiser and this firehouse has done so for decades. The December 14th date means these trees may have been leftovers.

8) The Medical Examiner, whose name is ironically “Carver”, acted oddly. In real life, unlike on TV shows, people span the full range of personality types. Think about the fact that this man had just performed autopsies on many of the tiny 6 year-olds with unspeakable wounds. In light of this, there is little strange in anything he said or did.

Adam Lanza Not Known or Seen

9) No one had heard of or talked to Adam Lanza in 3 years. I can’t think of a rational explanation for that except that, just maybe, he was living in a self-imposed isolation.

10) The photos of the victims with their families appear photo shopped. You can look at almost any photo and claim it is photo shopped for one reason or another.

There are no recent photos of the brothers together, also for obvious reasons. One more thing – Adam did not like to have his photo taken, and he’s not the only one who’s like that.

Victims Parents Were New to Newtown

12) Some of the parents moved to Newtown a few years before the tragedy. I can’t really answer that one except that just maybe, many parents buy a home and move to a town around the start of their children’s schooling.

Student Made Reference to a “Drill”

13) A Sandy Hook Student recalling the tragedy days later spoke of a “drill”. Yes, the school had a lock down drill 2 weeks before the shooting and the student was drawing comparisons saying his experiences were similar to the drill.

14)  The parents were really “crisis actors” and were smiling and even laughing days after they lost their children. If they were good crisis actors, they would not have laughed and smiled at all, would they? Real people actually laugh and smile at times, even in the midst of a tragedy. Most people feel the whole range of emotions at such a time.

Pray that you do not have to bear a horrendous and inexplicable tragedy in your life for you to know how the victim’s families really felt and behaved.

The Shooter and his Mother were Autopsied Last

Second Shooter and Other Suspects

16) There were other suspects outside the school. The new report makes clear that there were in fact individuals outside the school, a parent who heard the report on the radio and came to the school, an off duty policeman spotted by other police in the woods, a looky-loo who heard the news and came to see what he could see, and two reporters.  Some were detained and brought to the police station because the police were not going to take any chances.

Amusingly, the new report reveals that some police dropped shotgun rounds on the ground both inside and outside the school. These were photographed and became evidence in the case. 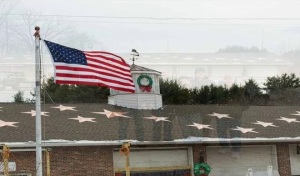 17) People  were reported to be walking around aimlessly in circles outside the firehouse. Concerned parents coming to the firehouse were arriving and being told to go to another entrance. Also, people who had been sitting inside for so long came out to stretch their legs.

The “conspiracy” footage we saw shows the same two cars repeatedly cruising down the same short stretch of road in the background, similar to what you see in the background of a Flintstone’s episode. It was obviously doctored. Thank-You, we had some more laughs.

There was also a claim that the 26 stars on top of the firehouse were placed there before the tragedy. Alright, then. We believe you, we surely do.

18) There is footage of heavily armed and helmeted police teams rushing to a nearby Catholic school, called the Saint Rose (of Lima) School. Maybe, just maybe the police secured nearby schools, and all schools in the surrounding area and towns were locked down as part of the response protocol. More than maybe, it’s a certainty. Sorry, hoaxers.

19) A FEMA “active shooter drill” was held 14 miles away in nearby Bridgeport on the same day as the Sandy Hook shootings. These kinds of drills are held all around the country, especially since 9-11, and between the holidays is a slow time when many of these events are held.

20) The good Samaritan and retired psychologist, Gene Rosen, who was so kind to help the scared and confused children who ran out of Ms. Soto’s classroom (when Adam Lanza was re-loading), out the front door and down the driveway, was vilified as a “screen-actors” guild member (not true), and a part of the conspiracy.

To top it off, Gene Rosen owned the same model and color car as Adam Lanza drove to the school. Of course, the government uses only a certain model and color car for this special children massacre “drill”. Poor Mr. Rosen was hounded for months by the conspiracy theorists. This only goes to prove the theory that no kind act ever goes unpunished.

We need many more people as kind and understanding as Gene Rosen.

All the Black and Silver Cars

There was also much made of the fact that many of the Sandy Hook cars were silver or black. White, silver and black cars are the most popular and have the highest resale value. Many leased cars are one of these colors.

There truly is a Sandy Hook Conspiracy: All these Hoax reports are the conspiracy. A few gun rights activists want nothing more than to believe that these attacks never happened at all, happened with only handguns, or  that these attacks are only about mental health issues and have nothing to do with the weaponry used. So, these videos and articles have a large audience.

The latest “New Report”, first promised in June, but released in late November, 2013, is not representative in any way of what the investigation has uncovered. There was way more information discovered than what was reported. We, the public, do not need to know every detail of an investigation. But this is not enough by any standard.

It is not a “Reader’s Digest condensed version or even a “Cliff’s Notes” Version. It’s more like a “cheat sheet version”.

Cleverly designed to appear to be revealing lots of information while revealing almost nothing, the authorities have gone too far in withholding basic information. The public has a right to know. This paltry report took 11 months to release?

No one expects identifying photos of the victims, but a video screen shot of the shooter or some concrete representation of the attack is needed. A photo of a broken window and some glass shards are not enough. Perhaps the state of Connecticut is waiting until after the Anniversary of the attack and the holidays before revealing more information. But I suspect this is nearly all we will see, and that is grossly inadequate.

People need a little more information so we fully realize the gravity of this horrendous act. This way, we can finally get together and make sure we find ways to reduce the number and the lethality of mass shootings and the possibility of this happening again.

The Sandy Hook shooting is thought by many to be a vast conspiracy aimed at providing a catalyst to spur gun control legislation. No, the ability of mentally disturbed people to easily get hold of weapons, many of these weapons owned by law-abiding gun owners, is the catalyst for mental health AND gun safety legislation.

The simple fact is that guns make impulsive behavior into deadly behavior, because of the ease of operation, and the shooter can do this from both an emotional and physical distance. So we need to find a way to keep them away from unstable people.

You cannot address mental health issues in the context of mentally disturbed people who use military style weapons and large capacity magazines to commit mass shootings without including gun safety measures. 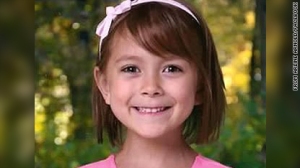 -Hoaxers and conspiracy theorists! I hope it’s only because you enjoy the detective work and the hobby of engaging in speculation and creating slick videos. I truly hope you do not believe all this hooey. Besides, it’s kind of hateful and disrespectful.

I would like to give you a proper response, but I am trying to evolve and be more civil!

All Comments Are Welcome And Appreciated