We are all familiar with the most popular pros and cons on the Death Penalty. Murder can tear apart the vicitm’s family members and friends as well as the family members of the murderer. A murder can devestate and terrify communities, making everyone feel unsafe. The pain and the damage continue for decades and even a lifetime. How communities deal with the ultimate violence and the ultimate violation, is one of the most important measures of the evolution of a society.

It’s important to note that Justice is often evasive as a direct result of the existence of the death penalty, as this example may illustrate.

Murder: A Tale of Two Cities 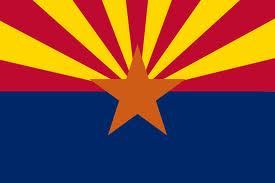 Arizona is located in the Soutwest U.S. Arizona became the 48th state in 1912. Arizona is considered a conservative “Red State”. Arizona is known for being “tough on crime”. They have the death penalty and they use it often. There are around 120 death penalty cases now pending in Arizona. The last execution was October 24, 2013. 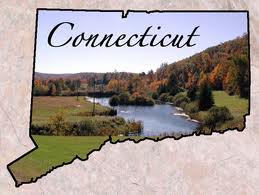 May 29, 1996, a thirty year-old man entices a 15 year-old girl to sneak out of her home at night to meet him for some “fun”. He takes her to his home, plies her with alcohol and drugs, rapes her, then strangles her to death. He drives her body to a boat in the state of Rhode Island where he cuts her body into pieces, tosses the pieces into a lobster trap, and dumps it over the side of the boat into long island sound.

Connecticut, with a population of about 3.5 million in 2009, had 10 people on death row and had only one execution in almost 50 years. The state appeals process is cumbersome and layered. In this particuler murder, there was almost no evidence. 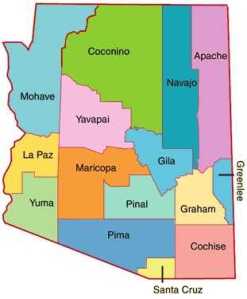 July 8th, 1991, at a camping event to celebrate the 4th of July, Randy Brazeal lured a 13 year-old girl and her 13 year-old companion out into the desert with his accomplice. He savagely beat, choked and raped one girl on the hood of his car. The two men then strangled the girls to death and stomped on their bodies with all their weight,  and dumped their lifeless, naked and bodies down an abandoned mine shaft before burning their clothes.

Arizona, with a population of about 6.5 million, has over 100 convicts on death row. Executions have taken place in less than ten years, and the appeals process is streamlined. In this particular murder, there was an abundance of evidence.

So which state got justice for the victims and for it’s residents?

After 12 years of intenive investigations, George Leniart was arrested in 2008. In 2009, he was found gulity and sentenced to life in prison with no possibility of release for the rape, kidnapping, and murder of  April Dawn Pennington. 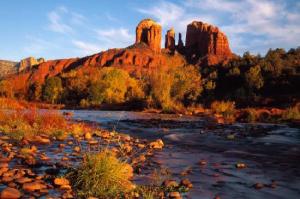 In Arizona, Brazeal, turned himself in and was arreested the next day. He gave crucial help to the state in the heavy burdens needed to secure the death penalty against his accomplice. The next year, in 1992, Randy Brazeal’s accomplice was sentenced to death. He was executed twenty years later in 2012.

Brazeal, who picked out the girls, planned the kidnapping, raped both girls and strangled one to death, pleaded guilty to second degree murder. He served 2 concurrent 20 year sentences for 2nd dergree murder and was released in 2011. He is free today and living in Arkansas.

This is just an example to show how the Death Penalty can sometimes work against justice. In Arizona, there was plenty of evidence to put the two men away for life. The authorities were in a hurry to make the arrest and make headlines. They made a deal with Brazeal before all the evidence was processed.

In Connecticut, the family of April Dawn Pennington, and another girl he raped, waited 12 years to get justice. Once he was convicted and sentenced , the healing could fully begin.

The families of Mandy Myers and Mary Snyder had to wait 20 years, continually re-opening the wounds through the endless appeals processes until finally getting some “justice” and a chance at “closure” when Richard Stokley was executed in 2012. The year before, the man who planned the crime and raped both of the girls before strangling one, was free. Justice was never fully established in this case.

Here is what the victim’s family and the perpetrator said about “justice”:

“The net outcome doesn’t necessarily look like justice. Mandy’s devastated mother, Patty Hancock, has been vocal in the run-up to Stokley’s execution about her disgust with the sentencing disproportion.”

“With the evidence that they did have, Randy Brazeal should be sitting right next to Richard Dale Stokley,” she told one reporter. “And I will say that until the day I die.”

“Stokley, for his part, filed a similar appeal in the courts as grounds for reducing his own sentence. But even though he’s availed every legal avenue possible, he didn’t bother trying the long odds at a gubernatorial reprieve — instead writing the Arizona Board of Executive Clemency:

I am also sorry I was mixed up in those awful events that brought me to this. I have been sorry for the victims and the victims’ families. But no one wants to hear of my miserable sorrow, they just want for me to get dead, which is vengeance. They think it will bring ‘closure.’ But there is no healing in that. Ever.

I have decided to decline a clemency hearing. I don’t want to put anyone through that, especially since I’m convinced that, as things stand now, it’s pointless. I reckon I know how to die, and if it’s my time, I’ll go without fanfare. And if it ain’t, I won’t. God’s will be done.

God’s will is scheduled for 10 a.m. Mountain time today”.

But what about the families of the murder vicftims? Surely they embrace the death penalty as the way to get closure and justice for the victim, don’t they? 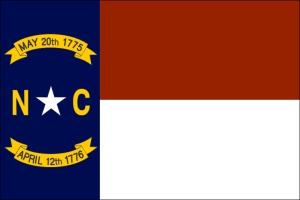 In the Winter of 1984, in the town of Carrboro near Hillsboruogh, North Carolina, a man with thick horn-rimmed glasses had been seen prowling around town in neighborhoods near the local elementary school. A mother made sure her daughter was ready for school and then left for work as usual.

When the girls friends knocked on the trailer door to walk to school with their friend, she responded that she was “busy with a friend” and would join them later. Hours later, a Carborro firefighter responding to a fire at the trailer home, found the stiff and stangled body of a 7 year-old girl.

The girl had been sexually assaulted. No one was ever caught for the rape and murder of the 2nd grader, Carrie wilkerson, but there were a few prime suspects, including the man with the horn rimmed glasses.

One year later and also in the winter, in nearby Chapel Hill, an 8 year old girl who was walking to school seemed to have disappeared. There were some reports of her being near a man’s car, and reports of her being in the passenger seat of the same car. There was some talk of a man wearing large, thick glasses 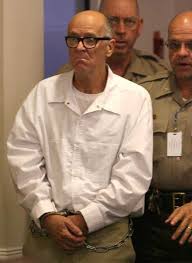 Later a small girl was found hanging from a tree in a golf course. This was the missing 8 year-old, identified as Jean Fewel. She must have put up quite a fight, because she was sexually assaulted but not raped. Based on the descriptions, police arrested 36 year-old George Fisher. He was sentenced to life in prison with the chance of parole.

The father of the slain little girl, Tom Fewel, wanted to grieve for his daughter and remember her in life, not through the shredder of re-opening wounds every few years and campaign for more killing. He had justice, but he didn’t feel that “justice” and “closure depended on the fate of the perpetrator. He knew that the death of the murderer at the hands of the state wouldn’t help end his pain. He wanted to heal and keep his memories, not join in and become more like the man who took his daughter’s life.

This may seem like a pretty rare attitude among victim’s families in America.

But in 2010, DNA technology caught up with the unsolved murder of 7 year-old Carrie Wilkerson in 1984. The rapist and murderer was discovered to also be George Fisher, the man with the horn-rimmed glasses. Fisher pleaded guilty and the judge gave him 2 additional life sentences for the rape and the murder, plus 15 years for arson. 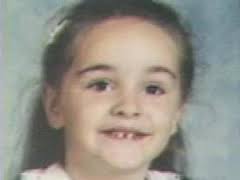 Amazingly, Carrie Wilkerson’s family also was not interested in pursuing the death penalty or in advocating for the death penalty. Many victim’s families feel that some of the vast resources spent on endless appeals could be given to the families of victims to help them to heal and re-start their lives. The rest would be money that could be better spent in the community.

The death penalty is a vital tool used by law enforcement as an incentive for suspects to plea bargain, admit their crime and to give authorities vital information such as confessions and the location of bodies. The death penalty saves lives and it saves money when it is used without hindrance.

Death penalty advocates, among them, many consevatives would say something like this” 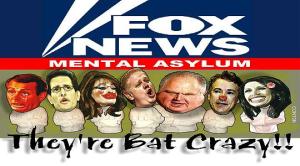 The death penalty does more harm than good.  It costs too much and is unfairly applied. Jesus Christ was unjustly executed. It is an oudated concept and should be discarded.

Those who think the death penalty hurts society, and does little good, many liberals among them, would say something like this:

“The death penalty is vengeance and revenge. It does not stop people from murdering. You cannot teach society that murder is wrong by killing people under color of state law.

People who want to see a cultural evolution in America would say something like this:

It is an injustice to society itself in what it teaches.

It’s an injustice to the poor who cannot afford an adequate defense.

It’s an injustice to minorities, who are disproportionately targeted, convicted and sentenced to death.

It’s an injustice to families of the condemned, who must cope with the killing of their family member.

It’s an injustice to victim’s families who endure decades of re-opening wounds to finally get their so-called illusory “closure”.

It’s an injustly places unecessary burdens on our court system.

It’s an injustice to taxpayers who must pay the huge costs and lose out on a more beneficial allocation of resources.

It puts too much focus on the perpetrators and too little on the victims.

It’s an injustice to communities when murderers, who are as much or more culpable than their accomplices, get a light prison sentence so the death penalty can be secured for the accomplice, and are then released into unsuspecting communities.

It’s an injustice to innocent people who are caught up in the over- zealousness of States, District Attorneys, and prosecutors who will stop at nothing to get convictions, justify the utilization of the death penalty and their political agendas, win re-elections, and enhance their standing and careers.

It’s an injustice to perpetrators who will never own up to their crimes or seek redress or restitution because the state is trying to end their lives.

It’s an injustice to us all because it denies causality, where society is partially to blame for the criminals it fosters.

Revenge is an incomplete form of justice, for it addresses neither the causes of murder and violent crimes, nor ameliorates its effects, especially for the direct victims.  Nor does it provide deterrence.

It steals from perpetrators and victims alike, the capacity for forgiveness, introspection, and reconciliation. It’s the sign of a poorly evolved and perverse society.

The Federal Government, as well as states that have not already done so, should give the death penalty a healthy and lethal injection of cultural evolution.